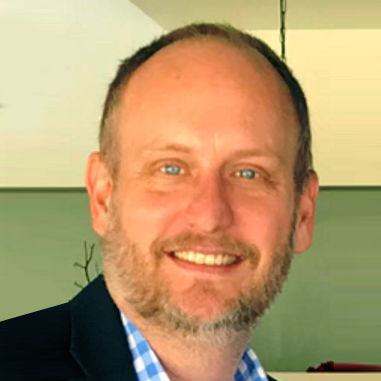 Michael Behrens is the Founder and CEO of MyRacehorse and is dedicated on a day to day basis of fulfilling his vision of providing every fan the opportunity to experience the thrills of racehorse ownership irrespective of budget. Although most of his hours are spent working on legal, regulatory, marketing, finance and general strategy for the business, his self admittedly best days are at the track with the ownership groups cheering on the MRH horses on race day.

Prior to launching MyRacehorse Behrens was a marketing executive with agency and brand experience developing and optimizing large performance based marketing plans. Behrens led marketing strategy and execution for 100+ top domestic companies; from successful startups to Fortune 500 companies, managing in excess of $800 million in media dollars. Most recently Behrens was the CMO of Casper, one of the fastest growing direct to consumer brands ever, generating over $600 million in sales in three years. 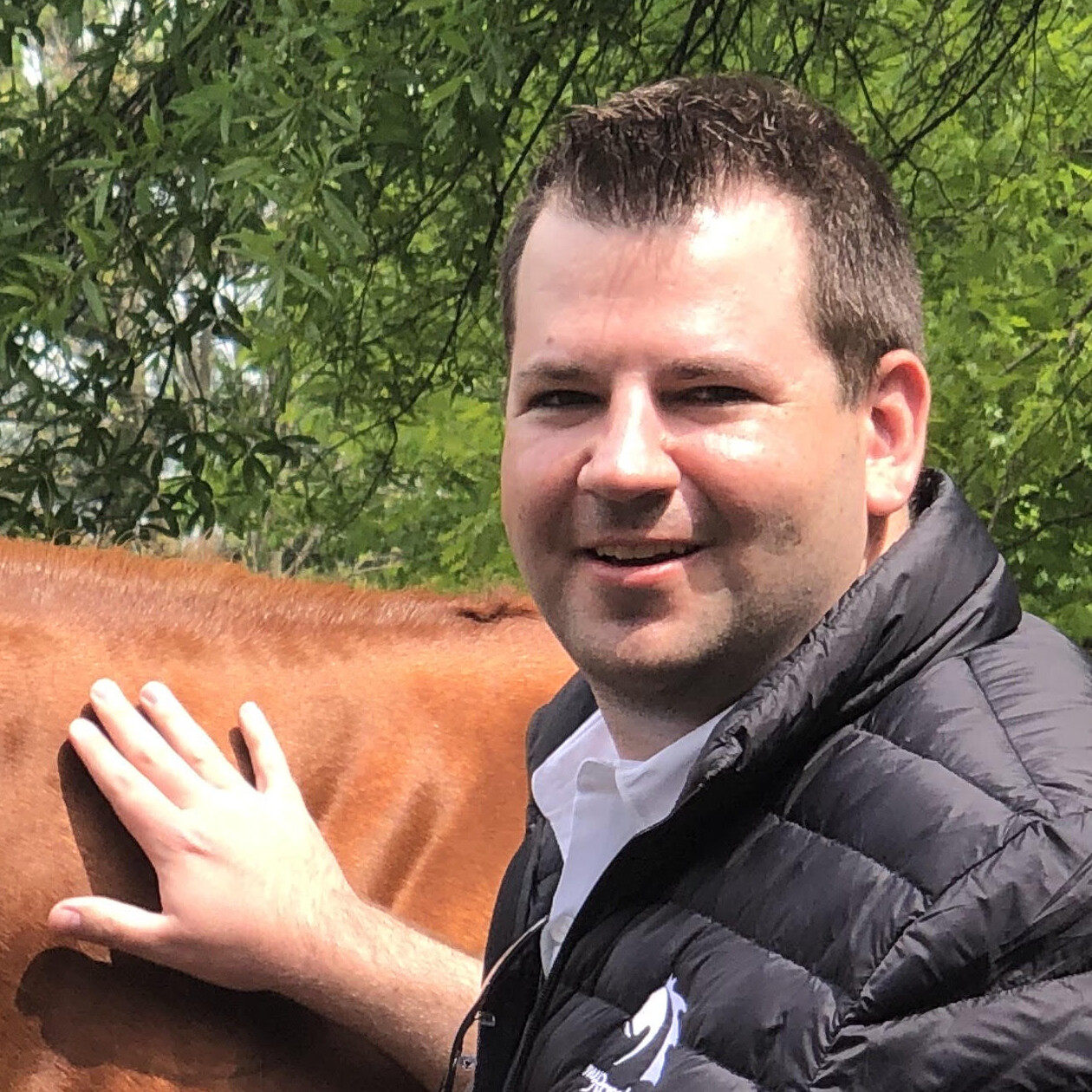 Mishak has degrees from The University of Arizona’s Racetrack Industry Program (Master of Animal Sciences) and La Salle University (Business Administration). His Master’s thesis analyzed the role of racing partnerships with an emphasis on economics, racing statistics and profitability analyses.

Mishak’s first introduction to the racetrack was at age 10, when his uncle, a retired exercise rider for the famous Widener family, took him to Saratoga on a family vacation. Keeping a pulse on the industry ever since, he also found his home track, Philadelphia Park (Parx), to be a home away from home growing up. Winning the Grade 1 Cotillion Stakes there with Street Band in 2019 was extra special.

Gina studied Psychology and Human Resource Organizational Management at Ashford University. She has 16 years of experience in the Human Resources field, as well as banking, client relations and design analytics for a major top Fortune 500 bank corporation. She also dedicated over five years in the retail, manufacturing and Advertising Agency industries.

The love for thoroughbreds runs in Gina’s blood from her late Grandmother, who dedicated most of her career working at Santa Anita, Los Alamitos and Hollywood Park. It was her love and excitement for the people, horses and the racetrack she shared early on that captivated and influenced Gina to continue her Grandmother’s legacy in the same industry. 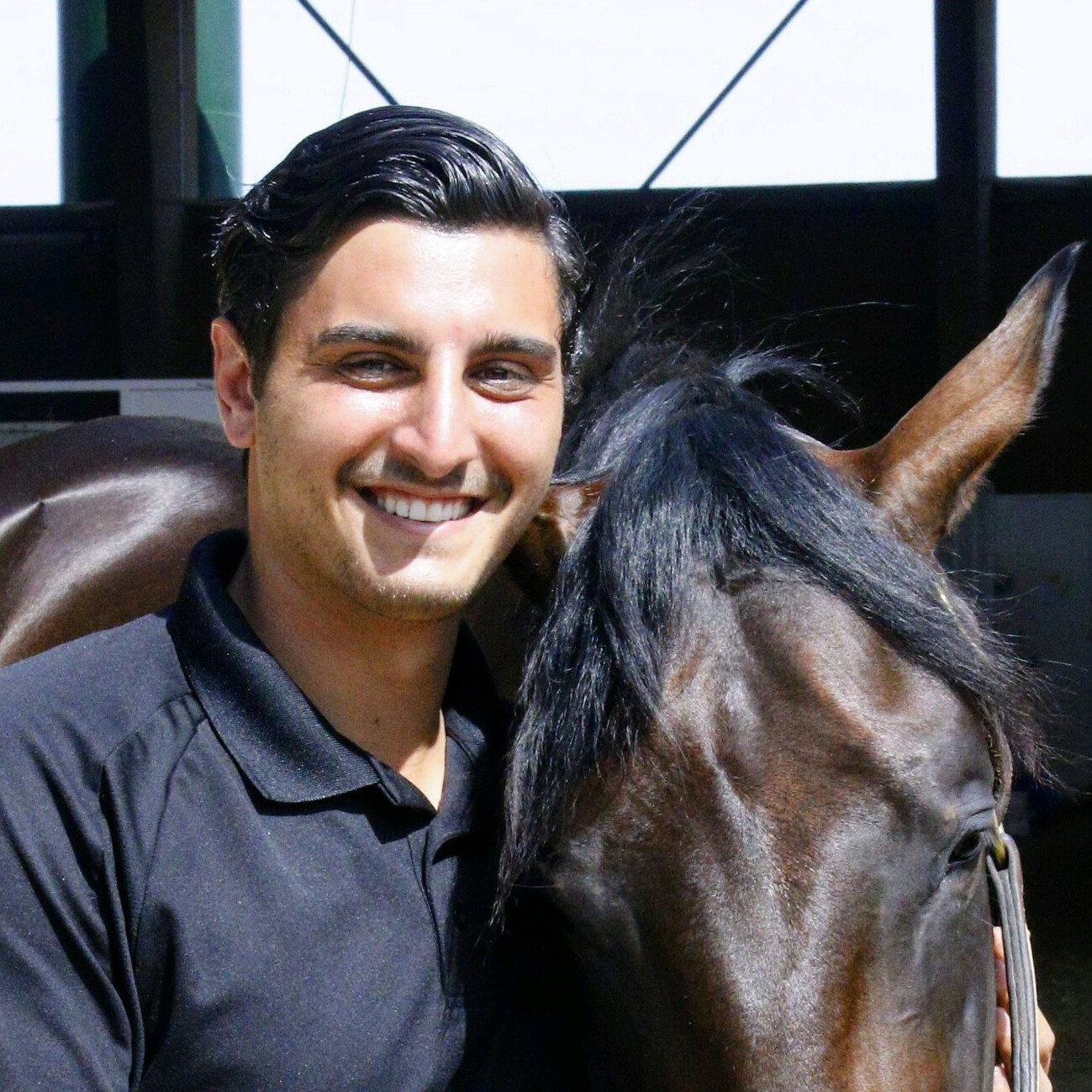 On a daily basis you will find Joe at either Santa Anita, San Luis Rey, or Los Alamitos. His primary responsibilities are keeping MyRacehorse shareholders informed of their horses schedules and updates on a regular basis. He also is a member of the horse acquisition team along with supporting several client relation tasks.

Joe played college baseball at Oklahoma Baptist University where he received a degree in Sports Management.

His father, a lifelong owner and breeder on the California circuit gave Joe his first introduction to horses at a young age. There was no looking back as Joe’s passion and love for thoroughbreds only continued to grow. Any free time Joe had was spent at the Mark Glatt barn, farm or sales.  Over time he began helping his father more and more with their operation from claiming, managing, yearling and two year old sales.

When his college baseball career came to an end, he went straight to the backside working for trainer Andy Mathis at Del Mar to further his hands on experience with thoroughbreds. Prior to joining MyRacehorse, Joe started as a hot walker then moved on as a groom shortly after. 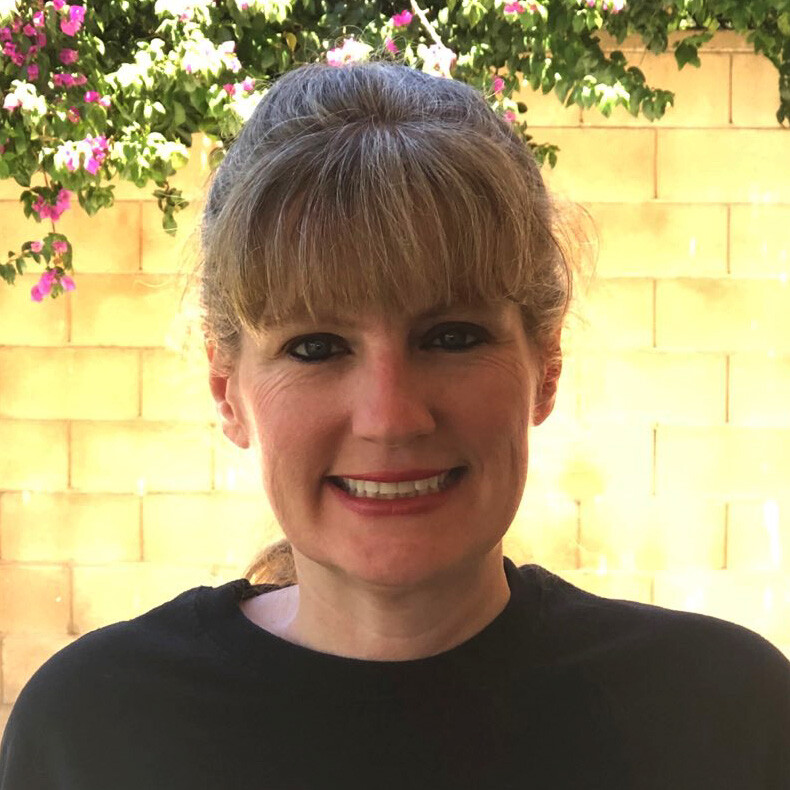 Carin’s primary responsibilities include leading, managing and monitoring all accounting functions. She prepares and analyzes financial data to ensure accurate and timely reporting. Other duties include coordinating all month end, year-end closing activities and collaborating with other staff to support departmental needs in meeting overall goals and objectives.

Carin has a bachelor’s degree in Accounting from Cal Poly Pomona and has over 16 years in the accounting field.

Her introduction to horses was like many, a family affair. One of her favorite memories growing up was watching races on TV with her brother, attempting to pick the winners. After her first visit to Santa Anita, Carin was hooked.

In her spare time she loves to cook, bake, travel, and spend time with her family. 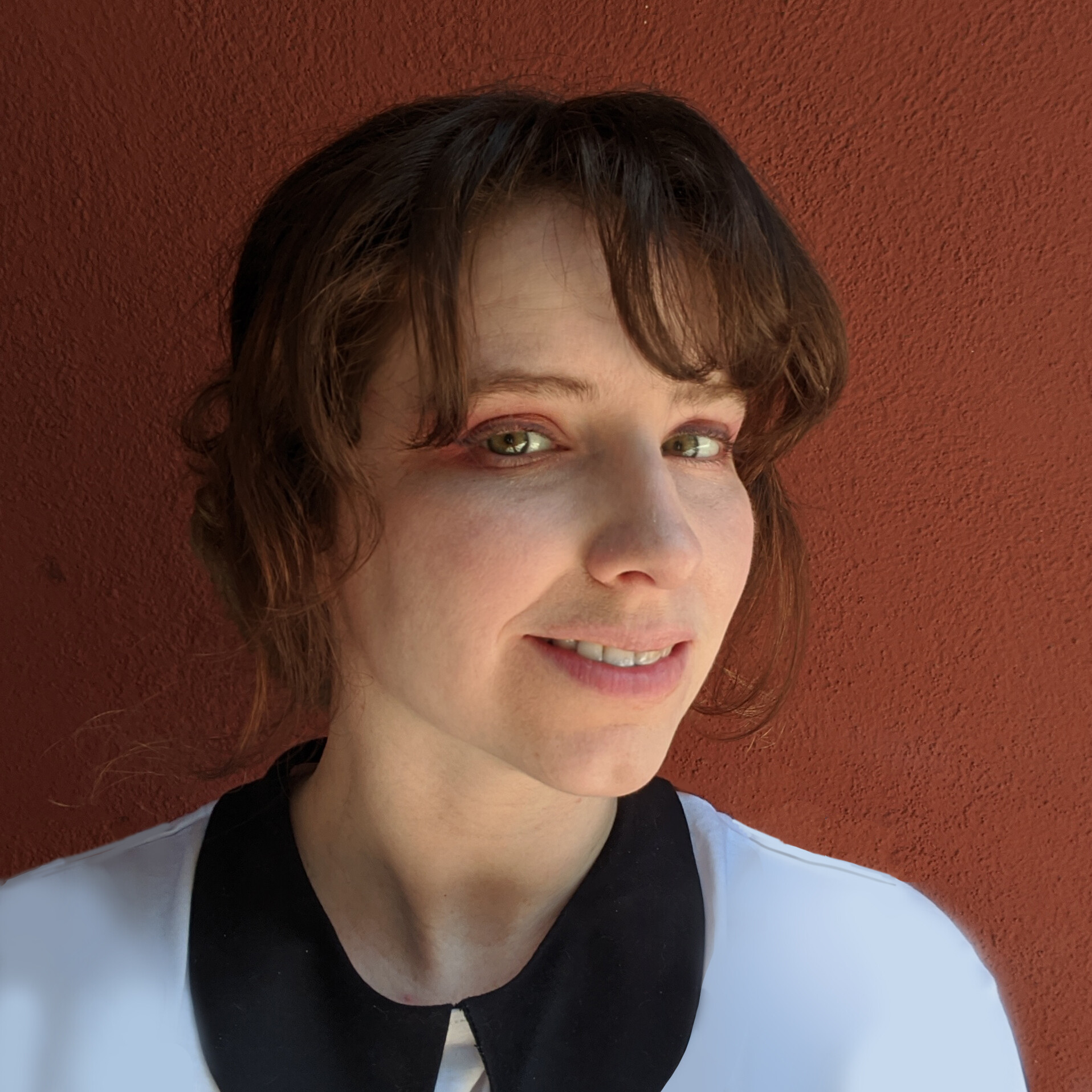 Christine handles much of the behind-the-scenes work for MyRacehorse. She is an integral part of the client support team; assisting with calls, customer requests, order and payment processing, and more. Christine also assists in the preparation and submission of SEC offering documents and is a contributor to the editing and graphic design of many MyRacehorse documents.

A relative newcomer to the racing scene, Christine is becoming a quick study and enjoys getting up close and personal with our runners. 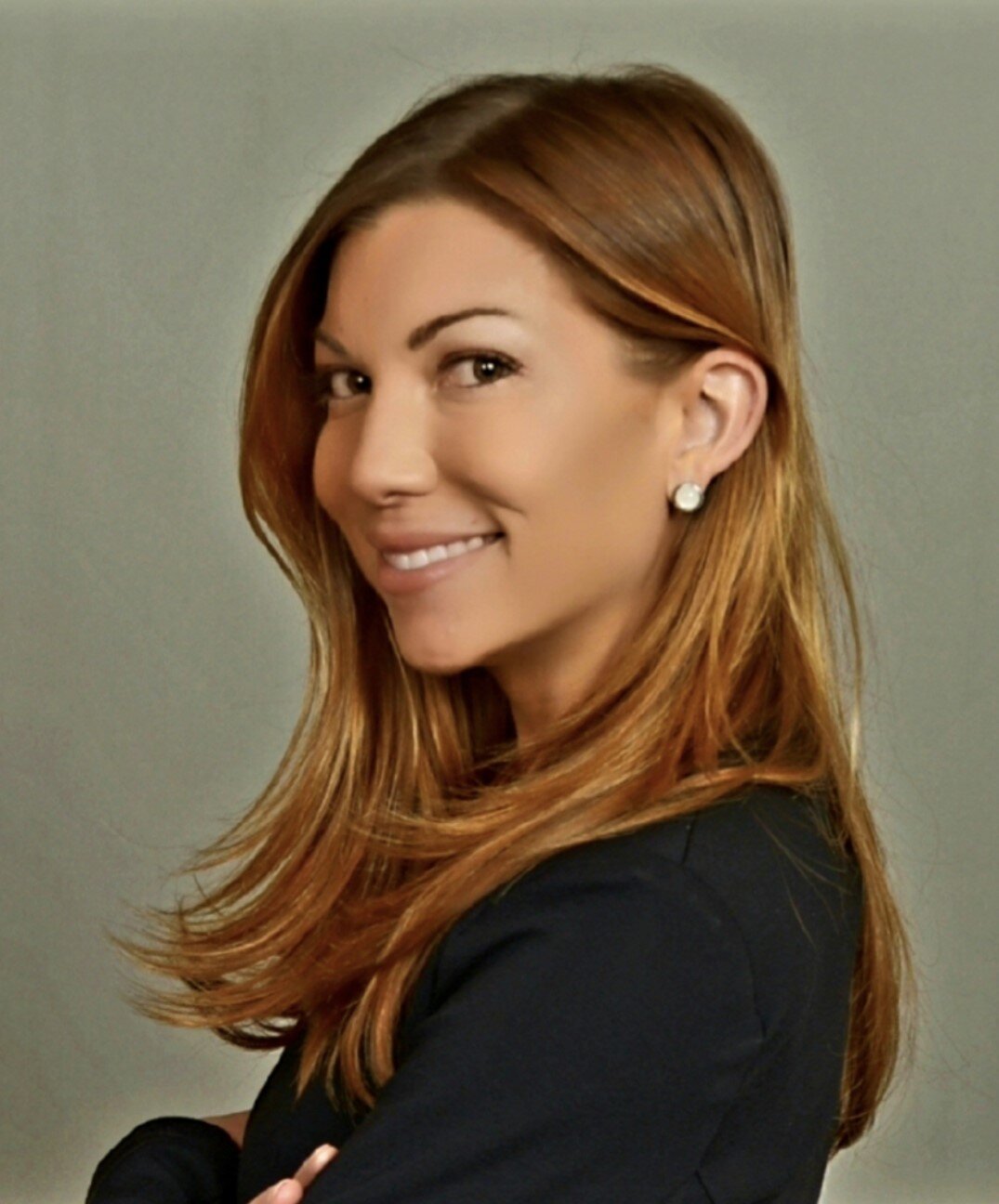 She comes to us from MGM Resorts where she was a Corporate Casino Marketing Executive. Her properties included the MGM Grand, Bellagio, Aria, Mirage, Mandalay Bay, Park MGM and NoMad Las Vegas.

Growing up near the historic Saratoga Race Course, Kristen was immersed in the day to day culture of thoroughbred racing at a young age. Captivated by its nostalgia and majestic horses, racing quickly became Kristen’s first love and set the tone for her future.

Prior to her work with MGM Resorts Kristen apprenticed alongside the VP of Special Events & Marketing at the number one independently owned bank in the nation, while simultaneously attending college for Marketing. Kristen also attended UNLV’s Hospitality Management Program, which included a stint abroad in Australia studying at various hotels, casinos and wineries. 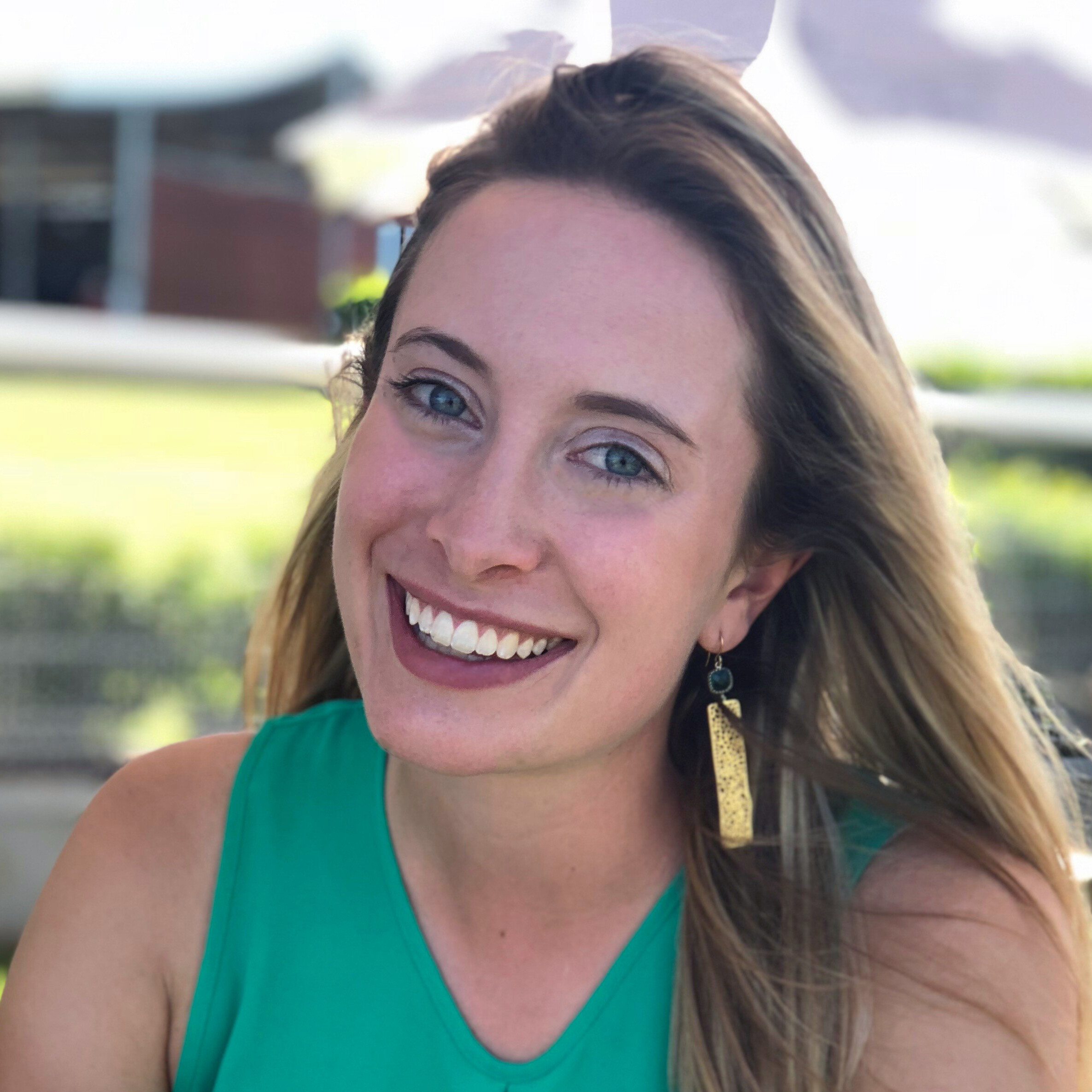 Mackenzie was born and raised in Massachusetts before moving to Lexington, KY in 2015. She grew up going to the races at Suffolk Downs and Rockingham Park watching her grandpa’s horses race. She also began riding at a young age, a passion she retains to this day.

Mackenzie graduated from Tufts University in 2014 with a degree in International Relations. During her junior year of college she interned with the New York Racing Association in the Communications Department. After spending the summer at Saratoga working for NYRA, she was convinced it was the industry for her. Upon graduation from college she spent a year working for Trakus in Boston. Seeking to relocate to the center of horse racing in the United States, she packed up her bags and moved down to Kentucky, where she began working at Spendthrift Farm. After working at Spendthrift for just under two years she was accepted into the Godolphin Flying Start program. During her time on the Godolphin Flying Start she completed internships with the Thoroughbred Industry Employee Awards, Proven Thoroughbreds in Australia, and with world renowned trainers Mike de Kock and Roger Varian. Following an amazing whirlwind, two-year experience she returned to Kentucky to work for the innovative Thoroughbred Idea Foundation, before joining MyRacehorse in August of 2020. 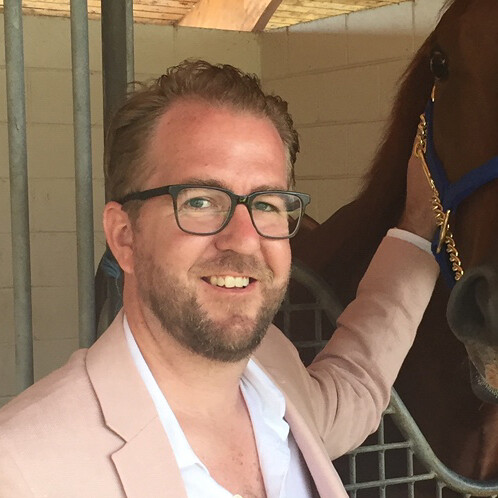 Chris is a key contributor on MRH strategic and financial matters. You’ll also find Chris immersed in the ownership experience, making sure shareholders enjoy their day during race day events. Ransom resides in the New York City area where he holds key leadership roles in the construction and real estate industries.

Seeking to combine his varied business experience with his love of thoroughbred racing, Ransom partnered with a New York City based marketing firm to lead the marketing campaigns for two-time Horse of the Year California Chrome and Triple Crown winner American Pharoah. 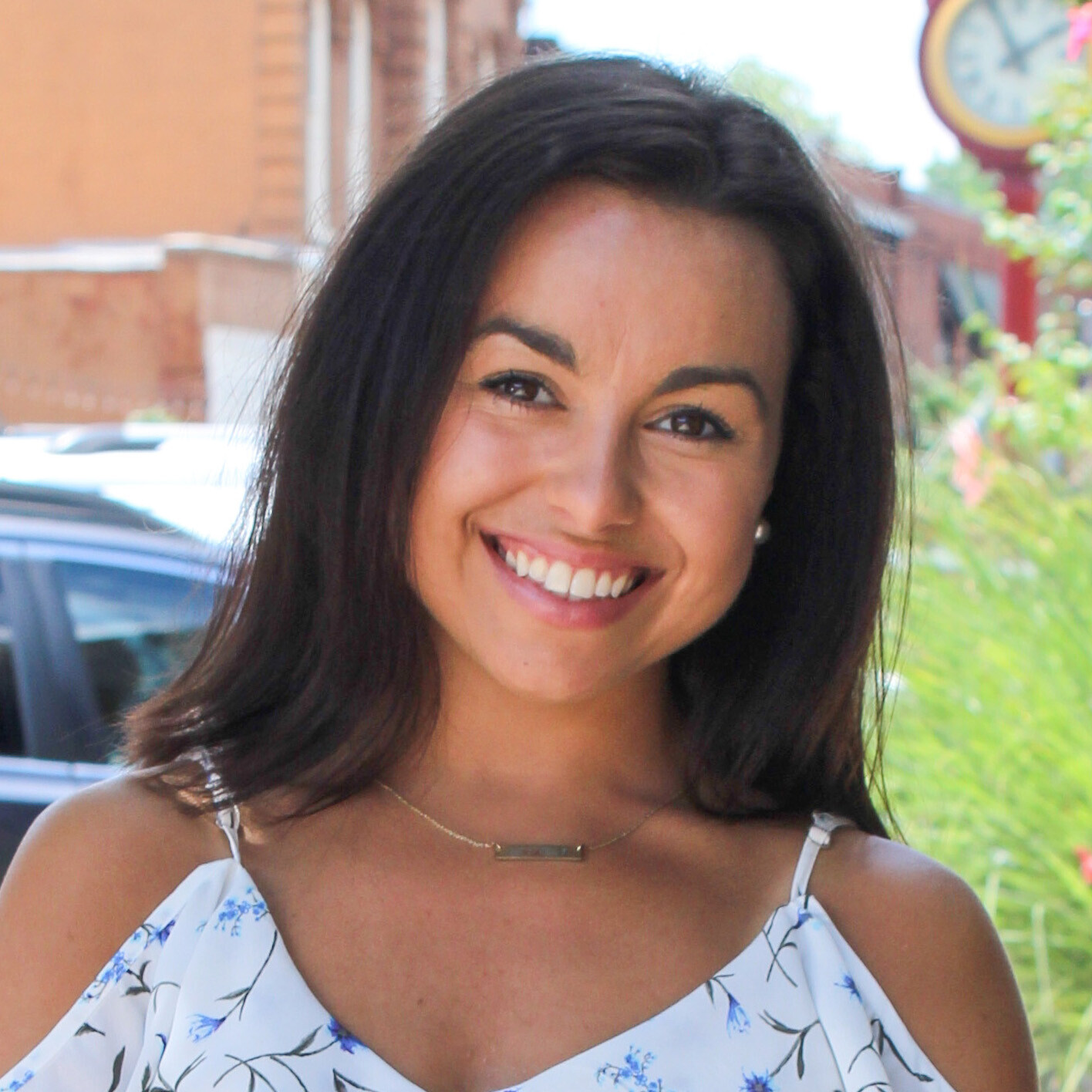 Huffman earned her degree in broadcast journalism with a minor in Spanish from the University of Kentucky.

Huffman was born into a racing family and “caught the bug” at a very young age. Before joining MyRacehorse, Huffman has done work for the Horse Racing Radio Network and Nexus Racing Club. She also gallops horses for trainer Ian Wilkes in Kentucky. 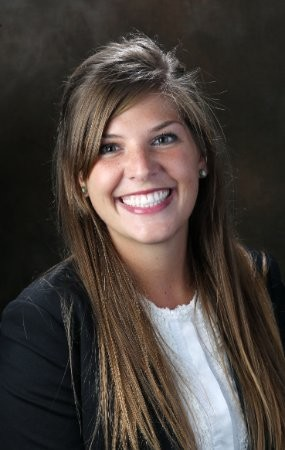 Prior to joining MyRacehorse Paige was the Head of Horsemen’s Relations at Fair Grounds Race Course. Paige was also an assistant trainer for a number of years at JP Stables in Lexington.

Paige splits her time between Kentucky and Louisiana with her two boys and husband, jockey Robby Albarado. 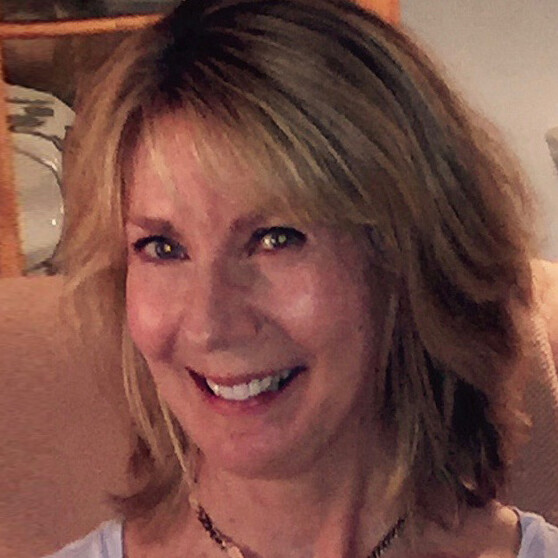 A former reporter and editor for Daily Racing Form, Karen authored the book, The Training Game, and is a frequent contributor to the BloodHorse. She worked as the Editorial Content Producer at HRTV for several years, and while there earned regional Emmys for her writing and co-producing episodes of the network’s signature documentary show, Inside Information.

Karen’s family bred and owned horses that were trained by her late father, Hall of Famer Philip G. Johnson. The Johnson family enjoyed their biggest victory on the racetrack with homebred Volponi, the winner of the 2002 Breeders’ Cup Classic. 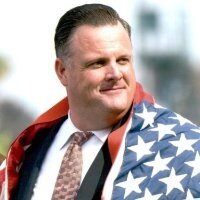 Nick Hines, affectionately known as “The Sarge,” has been involved with the sport of Thoroughbred horse racing his entire life. Nick has served many roles in the industry including trainer, racing manager, bloodstock agent, and TVG analyst.

Nick advises MyRacehorse on a number of industry matters and serves as a member of the horse acquisition team. Nick is also the lead for MRH Live, a show designed for shareholder engagement which covers many topics including horse updates and race day analysis.

A native of Las Vegas, Nick learned how to read the Daily Racing Form at the age of nine, was born into the industry through his late father, Michael Hines, an attorney, horse owner, and former Nevada State Racing Commissioner whose passion for the horse racing game was highly contagious.

Some of Nick’s career highlights include teaming up with his good friend Craig Dollase to win the 1998 Hollywood Park training title and Breeders’ Cup Sprint with Reraise and managing a number of Grade 1 performers for Southern Equine Stables including his namesake Salute the Sarge.

Nick resides in Los Angeles with his wife Michelle and son Cash. Wayne Hughes is the owner of Spendthrift Farm. Wayne turned a life-long love for horses and racing into a business, when he purchased Spendthrift Farm in 2004. He is known for incentives and programs aimed at helping the breeder, whom he refers to as “the backbone of our industry.”

Hughes also founded Public Storage and American Homes 4 Rent and served as CEO and Chairman of the Board respectively.

Duncan Taylor is the President and CEO of Taylor Made Farm. Taylor Made has two divisions: Taylor Made Sales Agency, the leading sales consignor of thoroughbreds in North America, and Taylor Made Stallions. Taylor Made has a stellar reputation in the industry not only for its sales agency but also for the quality care it provides mares and young horses on its 1,600 acre property in Nicholasville, KY.

Duncan and his brothers Ben, Frank, and Mark learnt the business at Gainesway Farm where their father Joe Taylor, was Farm Manager.