Straight No Chaser was back on the work tab yesterday morning, breezing three furlongs in 37.20 at Santa Anita Park.

Trainer Dan Blacker was pleased with this first breeze, reporting, “He was moving well and in hand throughout, looking good.”

Straight No Chaser looked great this morning out of the work according to Dan and pending all continues well, he will remain on a weekly workout schedule moving forward.

Straight No Chaser is scheduled to have his first breeze back tomorrow morning at 9:00 over the main track. We will follow up with a report after the work.

Straight No Chaser continues to gallop steadily as he nears his return to the work tab. Here is a video of the 3-year-old colt galloping this past weekend.

Hear directly from trainer Dan Blacker for an update on Straight No Chaser. Pending all continues well, the 3-year-old colt will gallop for another week and look to have his first breeze back on the weekend of May 7th.

As Straight No Chaser has settled easily back into a nice rhythm in his training routine, his trainer Dan Blacker is in the midst of a terrific year at the races and is winning at a rate of 33%.

Blacker has a record of 7-3-0 from 21 starters and is very much on track to have his best season in terms of wins this year since taking out his trainer’s license in November of 2011. At the midway point of this month, the trainer has already won two races from four starters at Santa Anita Park. Burnin Turf emerged victorious in an allowance race on April 9th for his third consecutive victory in 2022. Queen Ofthe Temple turned in a professional performance to break her maiden the day before.

“I’m lucky we’ve got horses that are doing very well right now,” said Blacker, who has 25 horses in his stable. “They have their conditions and they have patient owners to go with it, so it’s just a big team effort. As you know, this game is up and down, but right now everything is going well and the horses are running well, so I’m thankful.”

Those highs and lows were experienced last year by Blacker, whose early education as a horseman was gleaned through studies as a pupil working in the barn of Hall of Famer Richard Mandella, just one of several trainers he worked under. He reached an important milestone in 2021 when he saddled his first career Grade 1 winner by capturing the Frank E. Kilroe Mile with Hit the Road at Santa Anita in March (replay above). Later in the year, the son of More Than Ready was being prepared for a start in the Grade 1 Breeders’ Cup Mile at Del Mar, but had to be scratched the day before the race when he popped a fever.

What was particularly satisfying about the success of Hit the Road, who is still in training, is that Blacker was involved in his purchase as a yearling at Keeneland. For the trainer to be hands-on at such an early stage with a horse was very rewarding, he said.

“What I enjoy most about training horses is bringing up the young horses, watching them mature and get confident and go through the stages,” Blacker said.

Blacker, 40, is married to the former Christina Olivares, who is an on-air host at TVG and shares co-hosting duties with Nick “Sarge” Hines for MyRacehorse’s exclusive monthly show, Wire to Wire. The couple have three young daughters.

A native of the United Kingdom and the son of a world-renowned equine sculptor, Philip Blacker, he attended the University of Edinburgh and while there, he and two buddies, Sam Waley-Cohen and Ed Sackville, went to the nearby training yard of Peter Monteith and would ride horses before classes. Waley-Cohen won last week’s prestigious English steeplechase race, the Grand National, as an amateur rider before announcing his retirement from the saddle, and Sackville is a respected and successful bloodstock agent in the United Kingdom.

“The three of us would drive out at 5 in the morning to the barn of this wonderful Scottish trainer called Peter Monteith, who sadly passed away,” Blacker recalled. “Peter had about 20 horses, out in the sticks outside of Edinburgh, and we went there to ride for free because we just loved it. He was a really a fun guy to work for. I have such fond memories of the three of us going out there and riding. It’s just been really fun to see the three of us go on to better things; although I’m riding on Sam and Ed’s coattails a little bit.”

As Straight No Chaser’s owners are aware, Blacker is pro-active in keeping the colt’s partners in the loop and regularly issues voice-recorded updates through our West Coast Racing Manager, Joe Moran. The trainer said communication with his owners is a very crucial element to the way he conducts business.

“I put a lot of emphasis in my business on the communication. For me, it’s a really important part of being an owner,” he shared. “I enjoy [educating] owners on what it takes to get these horses ready, because without the owners, we wouldn’t be doing this.”

Straight No Chaser has been progressing nicely since he returned to galloping after his minor tibia issue, Blacker reports. He said the 3-year-old son of Speightster is a good-feeling colt, who approaches his training with enthusiasm and athleticism and is very straightforward, doing everything that is asked of him.

“Ever since he came into my barn, he’s been a very forward horse mentally,” he said. “He always wants to go faster — he’s super-high energy. He’s a big, good-looking scopey horse. It was disappointing to come up with the tibia issue last month, but those things are bumps in the road, and not major issues in the long run, and it doesn’t look like he lost much fitness during his month of jogging. He’s doing really well right now. He possibly will start with a very easy three-eighths work at some point at the end of the month. When he’s ready to do it, he will tell me, and then we’ll do it.”

We’re excited to see what is in store for Straight No Chaser and are eager to get him to the races later this year, where the colt will have the opportunity to add to what is already a good year for his trainer.

MyRacehorse is offering securities only through use of an Offering Circular that is part of an Offering Statement qualified by the SEC. Find it here. 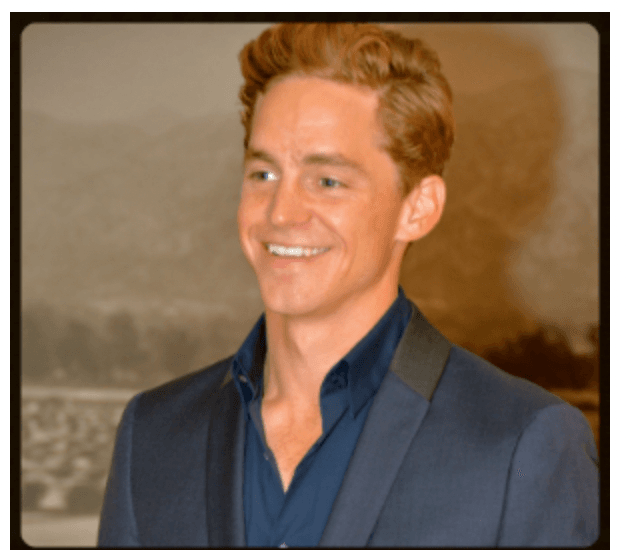 We are pleased to report Straight No Chaser returned to galloping. Tune in above as trainer Dan Blacker provided the most recent update.

As Straight No Chaser nears a return to galloping with an eye on resuming breezing, not long after, the journey to get this son of Speightster to the races begins in earnest.

To date, Speightster’s top performer is multiple stakes winner Door Buster, who is the odds-on favorite in an allowance race tomorrow evening (Race 7) at Charles Town in West Virginia. A winner of six races, Door Buster enters this assignment fresh off an allowance race victory, and has won three stakes in the last year (the attached video shows one of the filly’s impressive stakes wins). Another one of Speightster’s progeny, among the 8 who are scheduled to compete at racetracks across the country this weekend, is Nerves of Steel, a stakes-placed runner, who is entered at Santa Anita in an allowance race (Race 5) on Saturday.

For the connections of the stallion Speightster, seeing more progeny arriving at the races is bittersweet, since the young and talented sire lost his life in February after fracturing a leg in a freak stall accident at Northern Dawn Stallions in Canada.

At the time of his passing, Speightster was only 10 years old, and was about to begin his sixth year at stud. The son of the very talented champion sprinter Speightstown had only arrived six weeks earlier at Northern Dawn Stallions, following his relocation from WinStar in Kentucky.

It was a crushing blow for Jay and Christine Hayden, whose purchase of Speightster was their first foray into stallion ownership. At the time of his death, Jay Hayden told the BloodHorse, “He was a stallion that really fit Ontario because his female family is so top heavy with top Canadian horses, the family of Dance Smartly and Smart Strike. Here we were the first week in February and he had north of 40 mares already, which is unheard of in Ontario because breeders want to pick their stallions after their foals are on the ground. It has hardly sunk in.” For the full story from the BloodHorse, please click here.

As a racehorse and a sire, Speightster was something special. On the racetrack, he was undefeated in his first three starts, including a victory in the Grade 3 Dwyer Stakes at Belmont Park, where he made quick work of his rivals with his 2 1/2-length victory. In the breeding shed, the gorgeous chestnut, who strongly resembled his sire, Speightstown, made a splash when his first crop reached the races and he was among the top 10 freshman stallions in North America in 2020. He had an even better year in 2021, cracking the top five as a second-crop sire with his progeny earning more than $4.2 million on the racetrack.

We’re excited to see what Straight No Chaser has in store for his partners when he reaches the races, and look forward to him carrying the banner forward for Speightster and adding to the sire’s legacy.

Enjoy the most recent update from trainer Dan Blacker on Straight No Chaser.