Laforgia has been in great order during his time with Julie Stack following his castration. He has returned under-tack and is jogging and galloping in the arena at Julie’s farm. Above you will find both a training video and an interview with Julie, speaking about his progress.

Julie believes Laforgia could return to Santa Anita as early as next week. We will follow up once an official plan is confirmed by Team Mandella.

Join us Tuesday, May 3rd at Julie Stacks Farm in Rowland Heights, California for an up-close experience to see Laforgia.

Please join the lottery below if you have any interest in attending the farm visit on Tuesday, May 3rd. Winners will be selected Monday, May 2nd at 1:00 pm PT and notified that evening. Additional information on where to meet and all the pertinent details will be communicated to the winners via email. This will be a great opportunity to not only see your horse up close but also to learn more about their training routine firsthand.

Link for the lottery here.

Laforgia has continued in good order since his castration and has been cleared to move to Julie Adair Stacks farm as originally planned.

Laforgia will spend a few weeks with Julie where he will train and acclimate to being a gelding.

We will follow up with additional updates as he progresses with Julie.

One factor of managing the cash reserve account of your horse series is the periodic assessment of mortality insurance premiums. When shares of your horse are originally offered on MyRacehorse the horse is insured at its auction or purchase price. As your horse progresses throughout its career our team makes changes to these amounts based on a number of factors, most importantly current race record and performance. Note that these values may be changed periodically depending upon new developments with your horse. For example, if your horse becomes a Graded Stakes winner, or a stakes-placing, particularly for a filly, the insurance value would be increased. Conversely, if your horse drops into claiming ranks, is gelded, or isn’t competing at the highest levels of racing, the insured value will likely decrease from the original value.

Actively managing insured amounts allows us to optimize the remaining funds in the reserve account, which will be distributed back to you at time of account closure.

The castration procedure went smoothly on Laforgia and he is recovering well. He had a minor temperature following it, which is not uncommon by any means. He was treated accordingly and all is under control. He was inspected this morning by Dr. Finley and was hand-walked for fifteen minutes. Movement following castration is a crucial part to reduce swelling.

As trainer Richard Mandella mentioned in the video attached with the gelding update, once deemed ready, Laforgia will move to Julie Adair Stacks farm not too far from Santa Anita to acclimate and adjust to being a gelding.

We will follow up with an update in the coming days.

Per the recommendation of trainer Richard Mandella, and after discussions with our partners at Spendthrift Farm, it has been decided to geld Laforgia. The decision to geld ultimately came down to Laforgia’s lack of desire to do any kind of running in his first start and history of mental struggles. It’s been clear for a while there’s a mental hurdle that needs to be conquered with this horse and both ample time and training methods have been utilized in an attempt to get Laforgia to take that next step.

Though he did receive some minor time off back in the early part of summer for some shin soreness he was able to get back into a routine work pattern in October. When looking back at fall and through the winter at some of the techniques (sacking-Out, ear muffs, & peppermints) Mandella and his staff used to help desensitize and make Laforgia more comfortable with his job, the barn expected to see a more improved Laforgia heading into his debut.

Unfortunately, the hard work has just not materialized in improved efforts to this point. Given Laforgia exited his debut sound with no physical excuses and continued in good order over the past week, the lack of effort in his performances continues to point back to his mind. We’re almost at the midway point of Laforgia’s three-year old season and in order to try to get him to realize the potential the Mandella barn thinks is still deep inside Laforgia, Richard strongly believes if there’s anything that’s going to get Laforgia to show his potential, it’s gelding.

MyRacehorse has seen success in gelding our horses after their racing careers have started. For example, Lane Way is one that we own who we believed was fully capable of being successful, but wasn’t focused on racing. He won and set a new track record in his first start as a gelding. There are also several well-known geldings who have gone on to become multiple graded stakes winners in their careers.

Please see the video above to hear from trainer Richard Mandella on the decision to geld Laforgia and the plan moving ahead.

Laforgia received an easy recovery day following his debut yesterday. The 3-year-old colt exited the race with a minor grabbed quarter and superficial scrape on a hind leg. Both of these items were not deemed significant enough to be an excuse for the disappointing performance according to trainer Richard Mandella. Mandella will continue to monitor the colt over the next few days as he will hand-walk.

We will follow up with any additional updates as they become available. 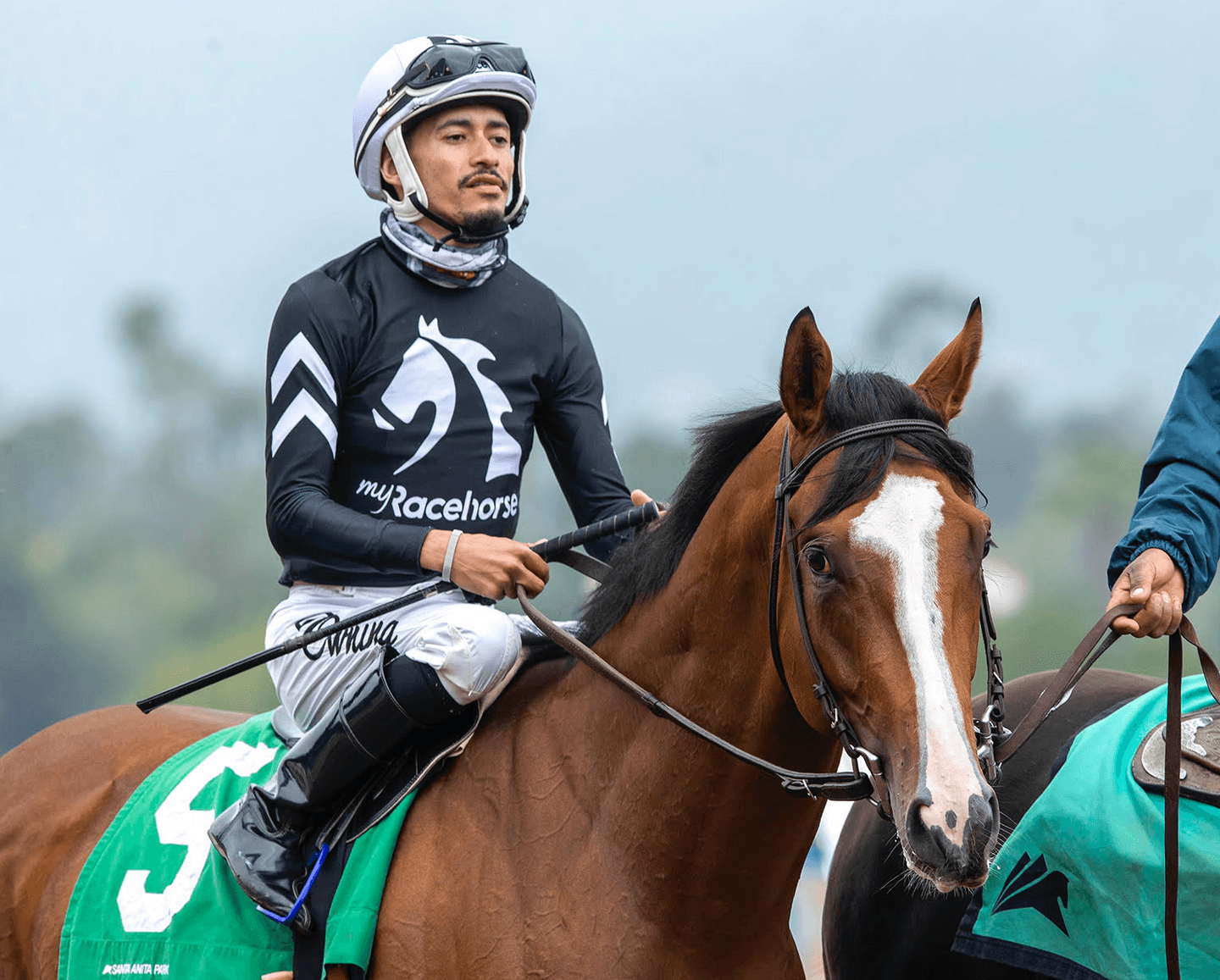 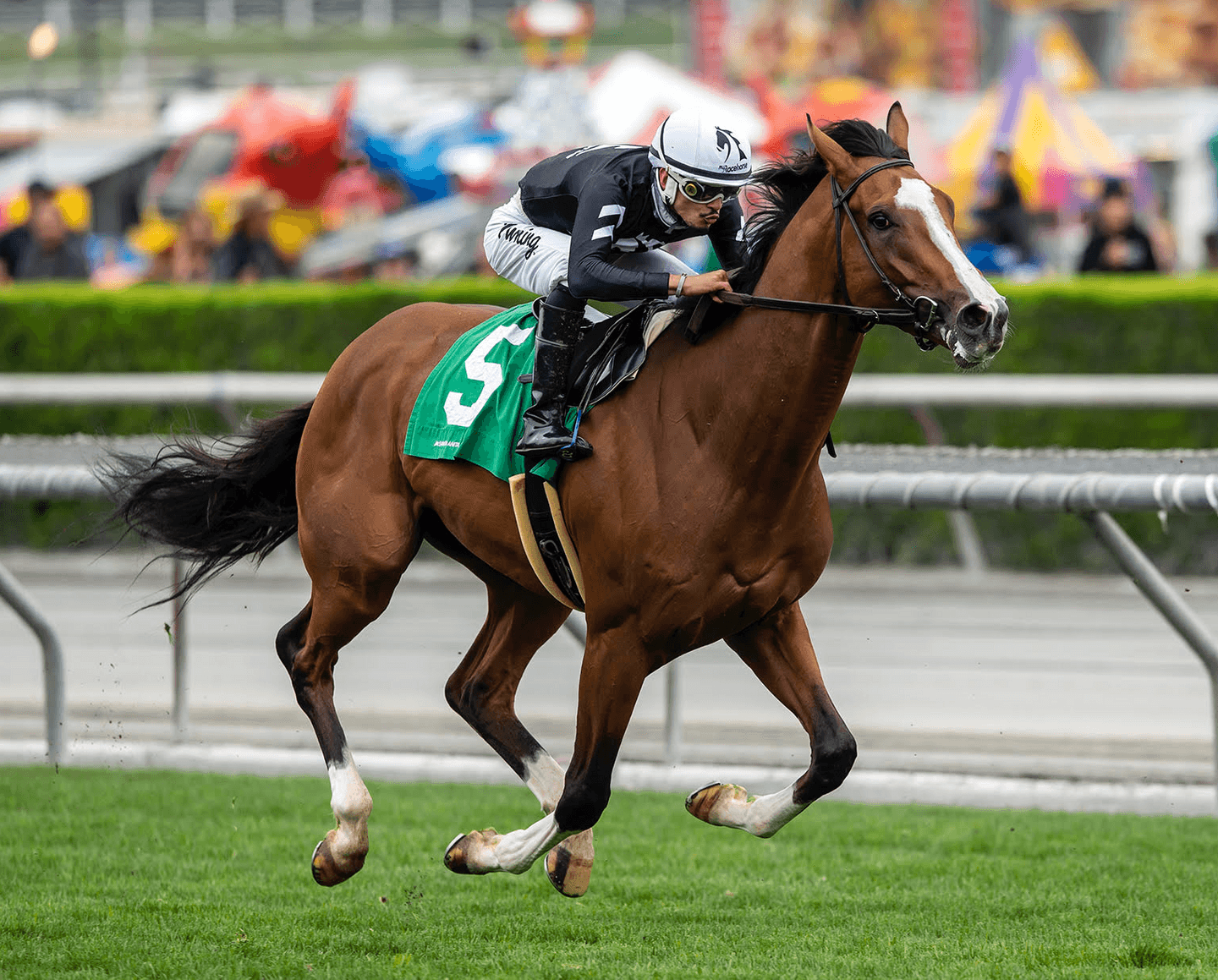 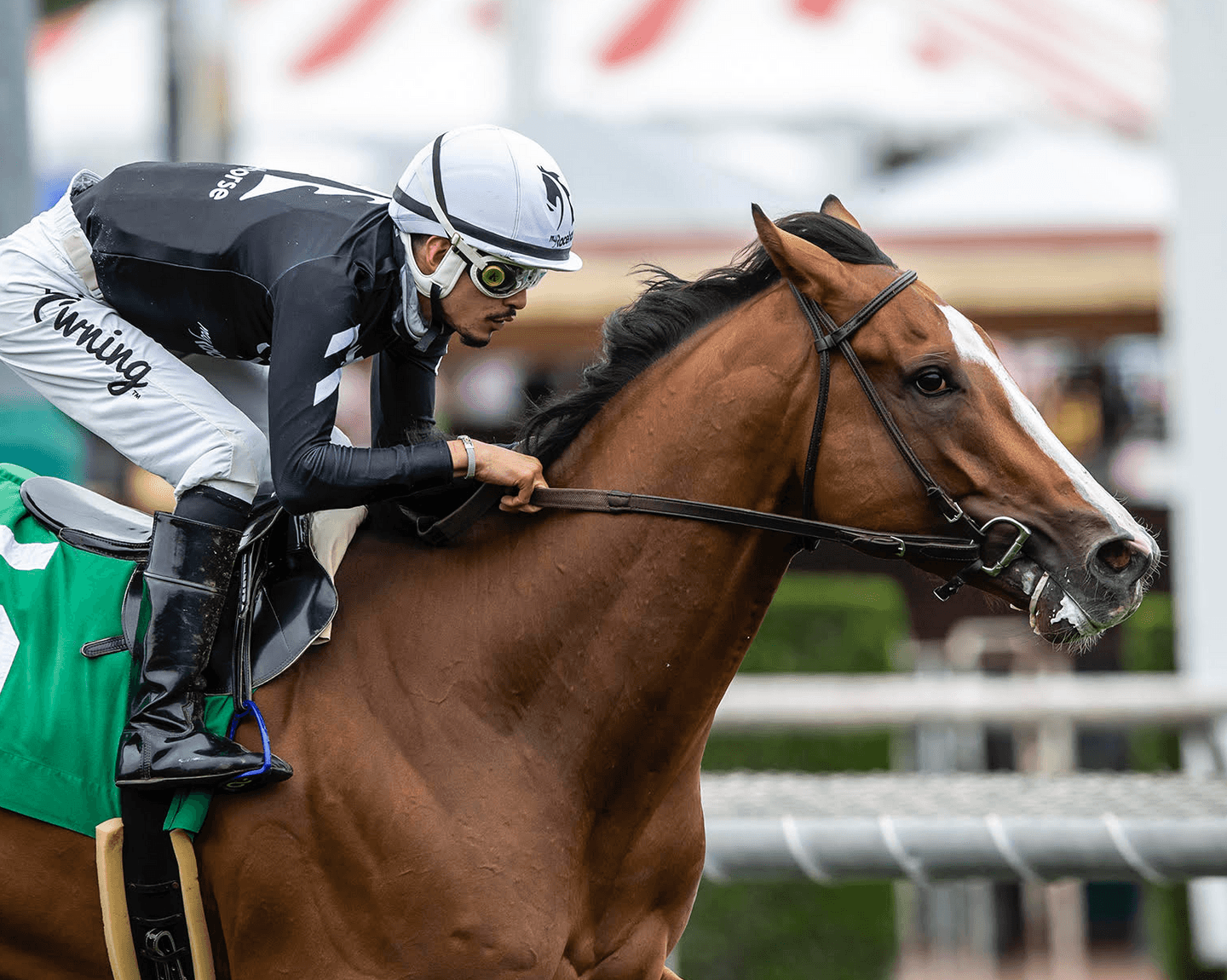 Laforgia raced disappointedly today in his career debut at Santa Anita and finished 11th under jockey Juan Espinoza, who is his regular rider in the mornings.

The 3-year-old son of Into Mischief broke well and then took up a position of last place heading into the first turn. He remained in that spot for the entire one-mile turf race.

Hall of Fame trainer Richard Mandella was perplexed by the performance and told our West Coast Racing Manager Joe Moran, “He’s been a bit inconsistent in the morning, but he certainly has showed better than that. We’ll regroup tomorrow and try to figure out what we are missing.”

We will report back in the coming days with how Laforgia exited his race. 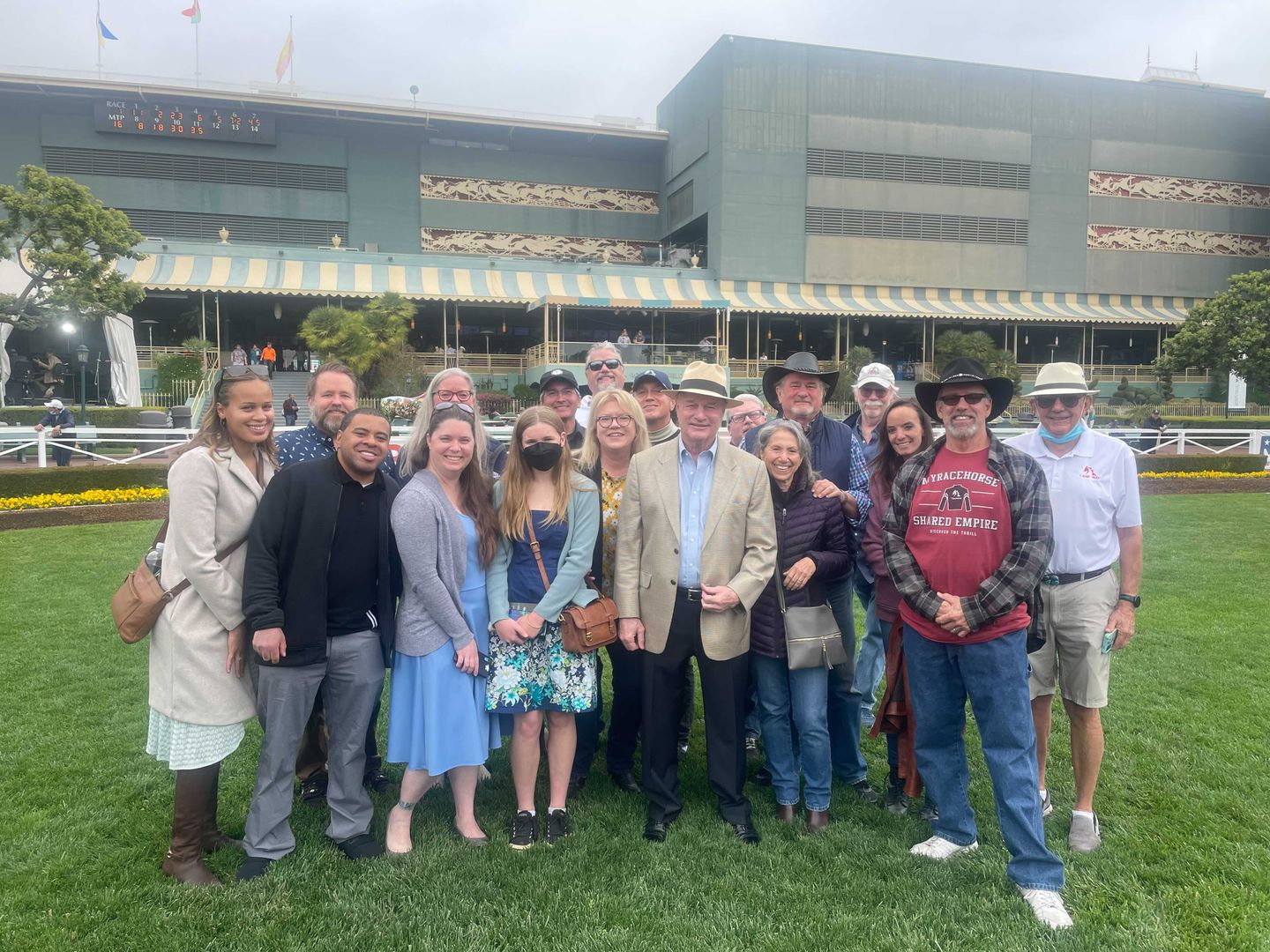 Laforgia makes his way out of the paddock and onto the track for his debut race. Good luck!