Above Suspicion has been doing very well since receiving her treatments. At the moment she remains on a daily gallop routine.

While no workout schedule has been put into place yet, if all continues to go well, we would expect that she would be ready to breeze sometime next week. 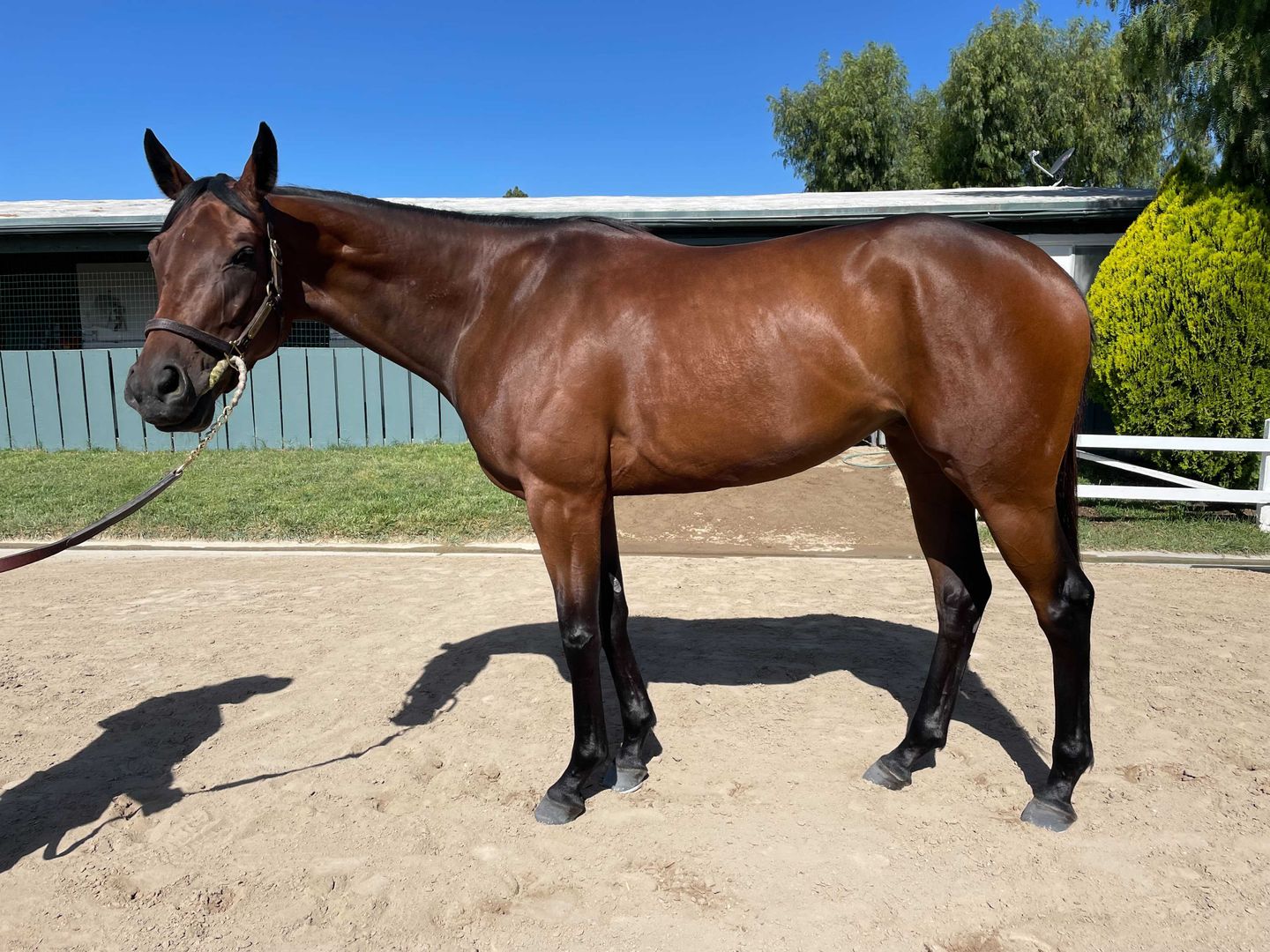 In case you missed our interactive, live chat regarding our West Coast stable yesterday, fear not! Above you can see a clip of our team discussing your horse, Above Suspicion. To watch a replay of the entire show, click here.

Above Suspicion returned to the track over the weekend and galloped nicely this morning over the training track which you can see above.

We will continue to keep you updated on her progress.

Trainer Richard Mandella proceeded with injecting the hind proximal suspensories and lower hock joints on Above Suspicion. The 3-year-old filly is currently tack-walking for 20 minutes daily at the barn and will continue that for 3-4 more days before returning to the track.

We have included this informative video about injecting hocks by the Equestrian Neightion.

Sensitive Information Update – MyRacehorse prides itself on being transparent and sharing as much information as possible. However, there are certain updates we believe would be best kept between just our owners. While some things are exciting to share, others may give our competition a competitive edge. We kindly ask that this post not be shared on social media.

We have received the results of Above Suspicion’s nuclear scan, which revealed some moderate uptake on the plantar views in the area of the hind proximal suspensory ligaments/lower hock joints.

As a result, a diagnostic block was performed on her left and right hind proximal suspensory ligaments and she jogged off much more fluidly and evenly. Based on these findings, there are some options for therapies, such as injecting with hydrocortisone, which are worth discussing, according to trainer Richard Mandella’s attending veterinarian.

Following receiving these results and discussing options with our partners, Spendthrift Farm, they would like to dissolve their portion of their 49% ownership in Above Suspicion. We have chosen to offer Spendthrift a buyout for their percentage. We received three independent appraisals on the filly, which were $50,000, $40,000 and $25,000. Spendthrift Farm was gracious enough to make a deal at the lowest valuation, completing a deal at $12,250 for their 49%, giving us the ability to continue campaigning the filly throughout 2022. Above Suspicion will remain in training at Santa Anita with Mandella. Experiential Squared (MRH’s parent company) will now take over Spendthrift Farm’s role as co-owner of 49 percent of Above Suspicion and continue her racing campaign alongside the series.

Above Suspicion will require some time but, as of now, will not have to leave the Mandella barn. They will treat her accordingly and develop a plan based on her progression once she is treated.

In parallel we will begin looking at potential broodmare options if the results of the scan come back unfavorable in terms of a racing career.

As soon as we have any additional information regarding the scan, we will follow up with an update.

Unfortunately, Above Suspicion has regressed since our last update. Following that update regarding her blood work results, she did return to the track and galloped on Saturday morning. Out of that gallop she has been showing signs of soreness, indicating this may have been more than just tying-up.

While there is nothing major at the moment, this has raised some concern to trainer Richard Mandella that she is starting to deal with a few minor issues so quickly after only working three-eighths of a mile. Mandella is concerned about her long term soundness as he believes these will be recurring problems and may intensify as training continues.

Mandella and his team will continue to oversee her and how she progresses over the next day and we will determine what diagnostics are necessary to better diagnose the issue.

Above Suspicion’s, bloodwork returned as predicted, and revealed what would be a minor “tie-up.” The 3-year-old filly did return back to the track this morning, but an updated workout schedule has not yet been established.

Above Suspicion was scheduled to breeze this morning but the work was postponed due to her being off at the jog before the work. Upon inspection this morning by the barn, prior to when she would have worked, she was in good order, which leads trainer Richard Mandella to believe she may have tied-up in between that time. When a horse ties-up it is comparable to severe cramps that a human might experience.

Routine blood work will be completed today which should confirm if this was the case.