Carpe Vinum worked five furlongs in 1:03.6 over the Santa Anita training track. She worked in company with a four year old filly, Kalliniki. The work was designed to have Carpe come from a few lengths off of her workmate and use her as a target to run at. Her workmate took a hold of the bit early and a much larger gap was created between the pair. Abel Cedillo who was aboard Carpe Vinum for the work, treated it as a solo work after that and let her finish down the lane own her own. Though the time wasn’t fast she galloped out well as she always does.

Pictured below are the nominations for the China Doll. Though not all 27 nominations will enter the race, the race has a good possibility of overfilling. Due to this, we are told the racing office will be writing an allowance race as an extra or early next book for those that do not get into the race. 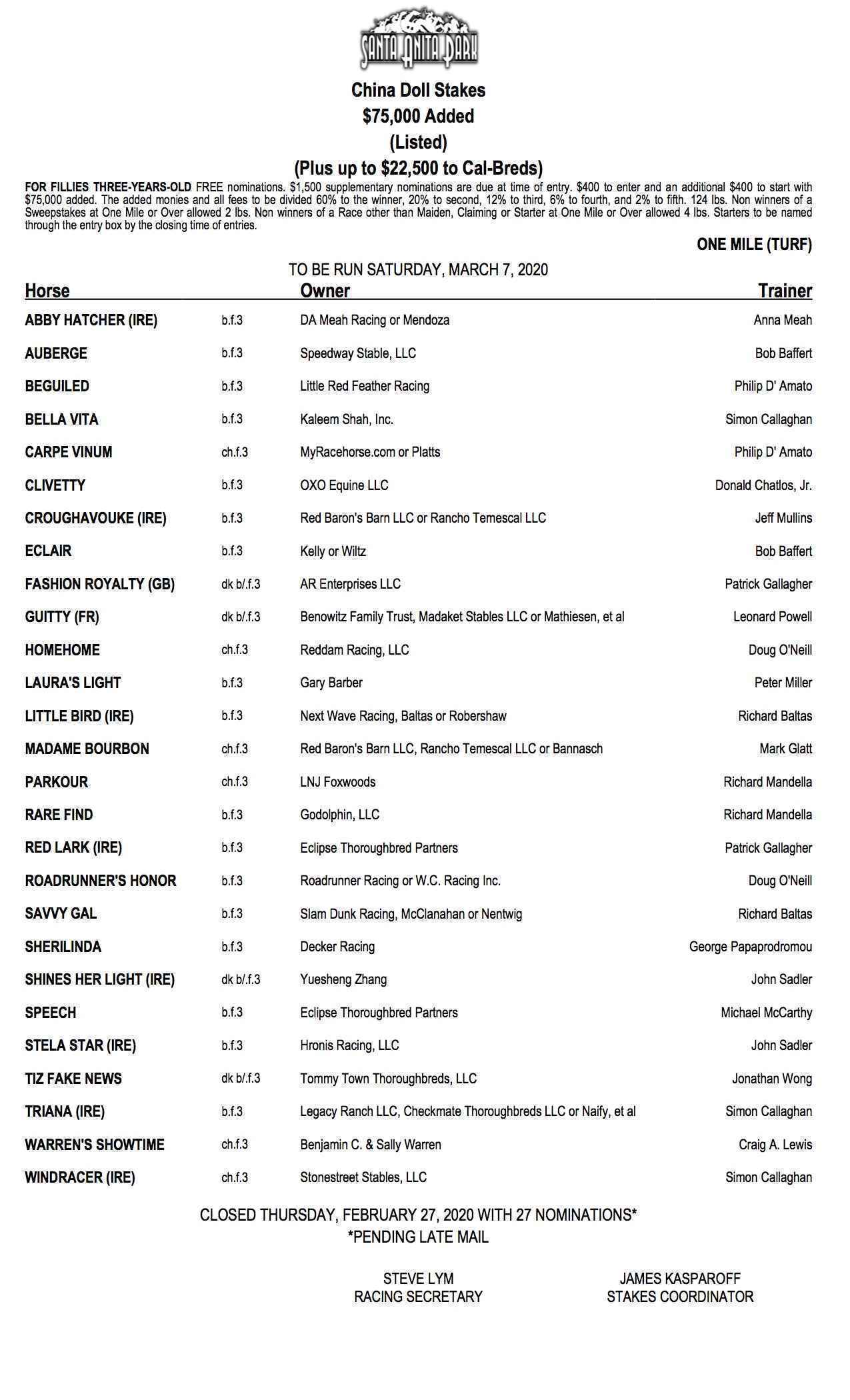 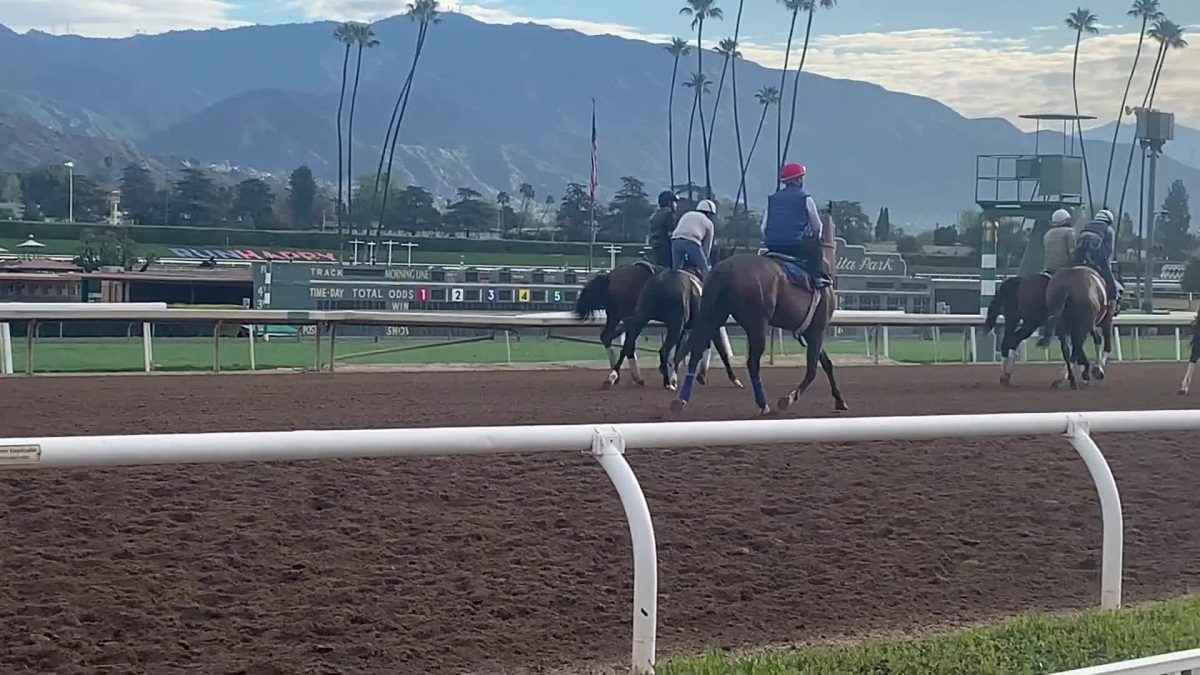 Tizamagician (inside) worked 5 furlongs in company this morning in 1:00.2 seconds, the 6th best work from 46 workers at the distance. Tiz was feeling good today and as usual galloped out big not wanting to stop. His exercise rider had to put the emergency brake on to pull him up after.

Tizamagician is shipping date to Dubai is set for March 17th. He will have 1-2 more works locally along with one work over the Meydan course. 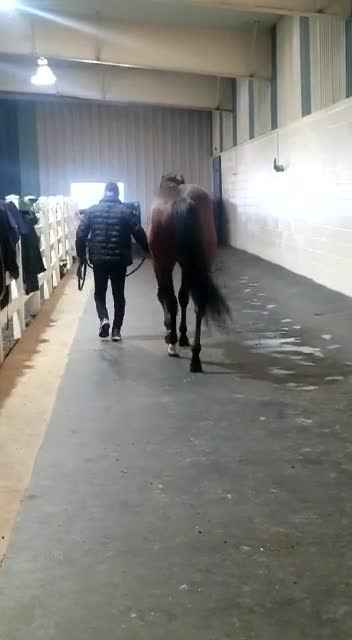 Lane Way was back on the work tab this morning working a bullet 3 furlongs in 36.80. Lane Way couldn’t have done this any easier and Team Mandella was thrilled with his comeback work. 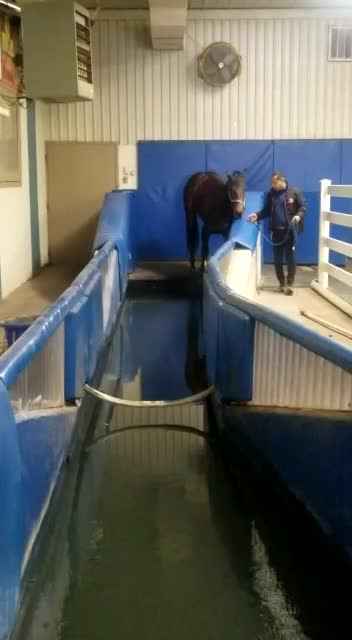 Look at Wayne O enjoying himself in the aquaciser during his rehab process. Kesmarc told us Wayne O is doing extremely well, eating well and great happy attitude. I think the video proves that! His regimen includes 15 minutes of aquatics and 30 minutes of hand walking every day. We’re about halfway through his stint at Kesmarc and should be ready to ship back to trainer Steve Asmussen’s barn by Mid March.

American Heiress has recently been able to get out onto the track at Spendthrift Farm now that the weather has started to cooperate a bit more in Kentucky (ran into some rain and cooler temperatures where they did not send horses out to train). When we chatted with trainer Kevin Noltemeyer he told us she’s been doing everything textbook and is enjoying her turnout time into the pasture in the mornings as well. She’ll go out for about four hours in the morning then come up for training in the late morning and get down to business. For those wondering, her pasture mate last fall, the gray Frosted filly has not made the transition as well as American Heiress and has been quite the handful for the staff.

Update- If you been looking to add additional shares of American Heiress, there are now only 159 shares remaining.

Lane Way will be breezing at 6:30 am this morning. 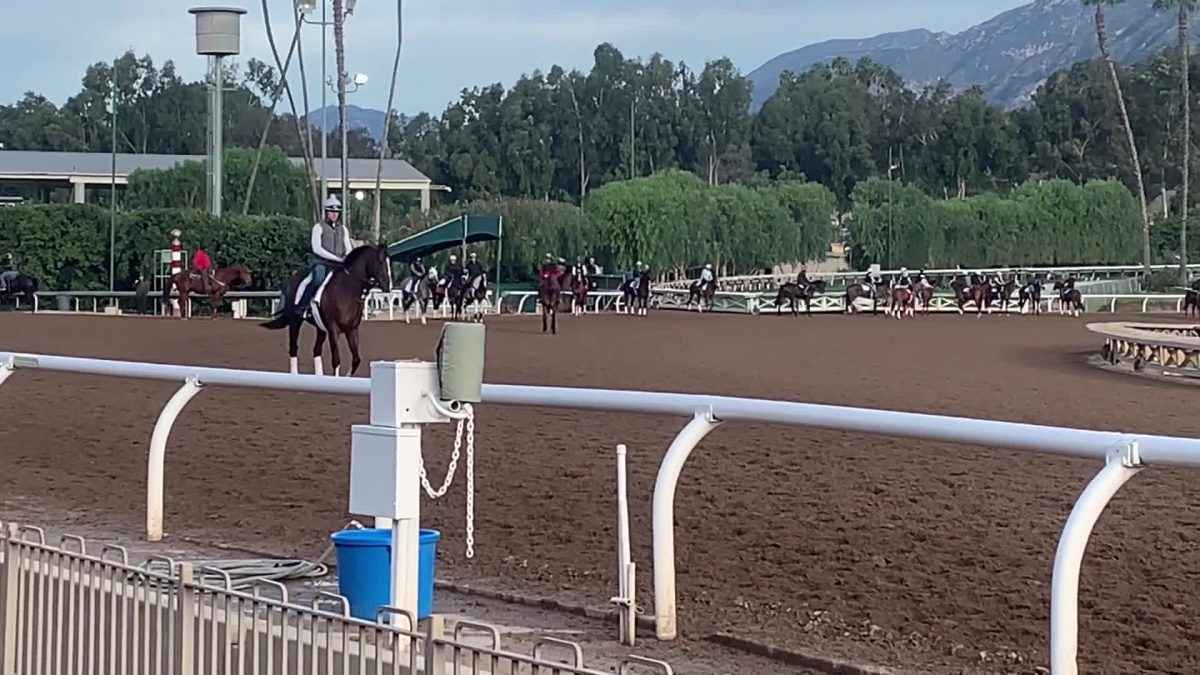 Here is Lane Way on the track galloping this morning under Taylor Cambra. He was definitely feeling himself out there!

Big Mel worked a sharp 5 furlongs in 1:00.60 seconds over the Los Alamitos surface. He stayed with his normal work mate Fierce of Sul, working on the outside of her this week. Every week Big Mel has gradually improved and has simply done everything right.  We are inching closer to Big Mel being ready to ship into Santa Anita and get a few works over the Santa Anita surface. We will check in with the Baffert barn in the coming days to see how Big Mel comes out of the work and his schedule. More updates to come.

Here are the estimated calculations for Sigesmund race on 2/27/20: